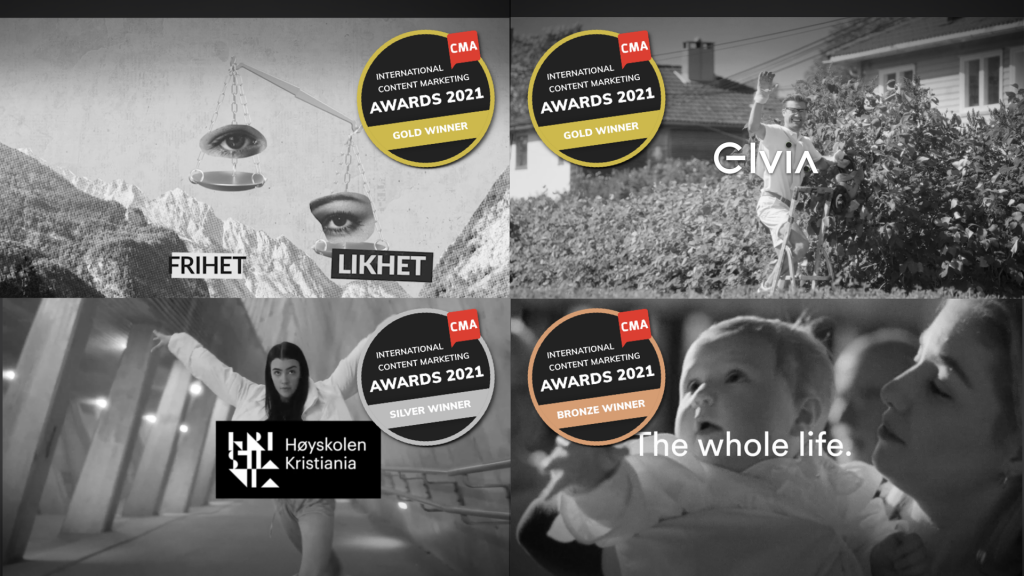 Content Marketing Awards: Most award-winning agency for the fifth year in a row

On Thursday, November 25th 2021, this year’s International Content Marketing Awards was kicked off.

The competition is often referred to as “World Cup in content marketing”. When the evening was over, GK was able to celebrate two gold, one silver and one bronze.

With fourteen entries on the shortlist, we obviously hoped that we would not go home empty-handed, but that we this year would end up at the top of the total list once again was more than we had dared to hope for. It is also very fun that four different jobs for four different customers are rewarded.

GK was awarded gold in the category «Best video – Individual», with a film for Elvia, gold in «Best video – Series», for a series of films produced for the liberal think tank Civita, silver in «Best content campaign» with a campaign for Kristiania University College, and bronze in «Best Inter-Company Engagement», for a recruitment film for the Church of Norway.

This year’s competition had more entries than ever before, and during the award ceremony it was emphasized several times that this year it was a closer race at the top than ever before. Geelmuyden Kiese was one of four agencies that took more than one gold, while as many as twenty agencies took one gold each.

View all the winners here.